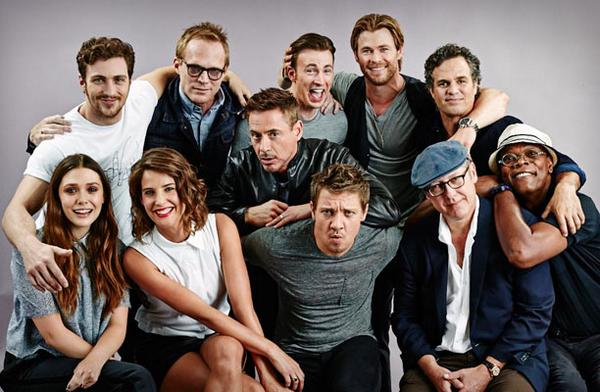 Marvel’s superhero movies are some of the biggest films ever. The latest one, Avengers: Endgame, has already made more than $1.3 billion after less than a week in theatres. Now, a report reveals how much money Disney/Marvel pays the cast’s biggest stars.

Starting with the biggest payday, Iron Man actor Robert Downey Jr. earned $75 million from 2018’s Avengers: Infinity War alone, according to The Hollywood Reporter. This was the result of a unique deal he made with Marvel boss Kevin Feige that gives the actor “backend” on the Avengers movies. A backend deal means an actor gets a percentage of box office grosses.

Infinity War was a massive commercial success, making $2.048 billion at the box office. Downey Jr.’s reported $75 million from that movie is likely tied to that huge performance.

THR’s report also claims that Downey Jr. was paid $5 million PER DAY for three days to film his parts on 2017’s Spider-Man: Homecoming. The story doesn’t have any details on Downey Jr.’s salary for Avengers: Endgame. But if he struck a similar backend deal, Downey Jr. could stand to make another big bucket of money from the film. It’s already broken box office records in the US and worldwide and is poised for continued success.

As for the other big-name Marvel actors, THR’s story says Scarlett Johansson will be paid a figure in the $20 million range for the 2020 standalone Black Widow movie that she’ll star in and produce. Chris Hemsworth, who plays Thor, signed a five-year deal in the $15 million to $20 million range, while Captain America actor Chris Evans also had a five-movie deal in the same salary range, according to The Hollywood Reporter.

Plans for the future of the MCU are unclear; we know Spider-Man: Far From Home is coming in July and will mark the end of Phase 3. Beyond that, there are a variety of projects known to be in the works, such as the aforementioned Black Widow movie, Guardians of the Galaxy Vol. 3, and The Eternals, but specific dates are unclear.