Unreal Engine 5 empowers artists to achieve unprecedented levels of detail and interactivity, and brings these capabilities within practical reach of teams of all sizes through highly productive tools and content libraries. Join Technical Director of Graphics Brian Karis and Special Projects Art Director Jerome Platteaux (filmed in March 2020) for an in-depth look at “Lumen in the Land of Nanite” – a real-time demonstration running live on PlayStation 5 showcasing two new core technologies that will debut in UE5: Nanite virtualized micropolygon geometry, which frees artists to create as much geometric detail as the eye can see, and Lumen, a fully dynamic global illumination solution that immediately reacts to scene and light changes. Also present in the demo are next-gen features already available in Unreal Engine 4.25, such as Niagara VFX improvements, Chaos physics and destruction, animation system enhancements, and audio advancements. Unreal Engine 4.25 also includes support for next-gen consoles.

Hi there all, during this period of self isolation and uncertainty, I am offering six weeks of my health and fitness program @Centrfit for FREE! Go to centr.com and sign-up.  Centr was founded to make health and happiness accessible to all, and I hope that this will make that access even easier during the current global health crisis. I think now more than ever is when we need to focus on what I believe to be the 3 key pillars to living healthier and happier- movement, nutrition, and mental fitness. In recent weeks Centr has seen a groundswell of support from our customers and communities, with thousands of members around the world coming together and sharing how the program has brought them positivity and support during these difficult times. Available at centr.com only, for new users only.

Every few years rumors will pop-up about a supposed smart shoe Apple is working on, and as far-fetched as they might seem, the company did dabble in sportswear in the early ‘90s, including a pair of Apple-branded sneakers on which collectors are still happy to spend obscene amounts of money at auction.

Heritage Auctions, the same auction house that recently handled the bidding and eventual sale of an extremely rare Nintendo Play Station prototype, put these size nine-and-a-half sneakers, featuring the classic Apple rainbow logo embroidered on the side, on the block as part of a collection of “Urban Art” pieces. The shoes, which were created exclusively for Apple employees in the early ‘90s, were pre-worn and featured some minor wear and tear, but were otherwise in excellent condition and after 20 bids eventually sold for $9,687.

This isn’t the first time a pair of these rare corporate promotional items have gone up for auction. Back in 2017, a pair in immaculate condition, which were claimed to be one of two never-worn prototype pairs created by Adidas, hit the auction block with a starting price of $15,000. They were expected to ignite a bidding war between Apple fanatics and sneaker collectors and sell for as much as $36,000, but no bids were actually placed once the auction started, and the Heritage Auctions website still lists the pair as being “Not Sold.”

Why this pair, in far worse condition than those prototypes, managed to fetch almost $10,000 at auction just three years later isn’t known, but collectors probably saw an opportunity to grab an extremely rare piece of Apple schwag for a good price as initial bids started much lower than $15,000 this time. 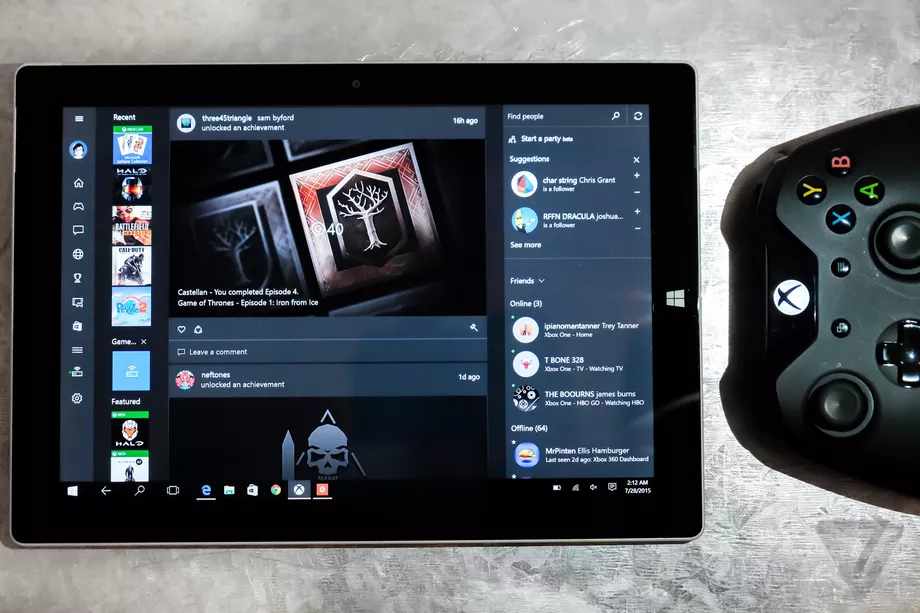 Microsoft is now letting Xbox One owners stream their PC games to the console and use a controller to play them. A newly updated app, Wireless Display app, from Microsoft enables the support so you can play Steam games or other titles directly on an Xbox One. You can use a regular Xbox controller to control the remote PC, enabling game play or even the ability to use an Xbox for presentations.

Microsoft’s Wireless Display app uses Miracast to create a connection between a PC and the Xbox One, and you can cast to the Xbox using the winkey + P combination. There are different latency modes for gaming and watching videos from a remote PC, and the app is ideal if you want to project a stream or video onto the Xbox. You won’t be able to stream protected content like Netflix, though.

Microsoft’s Wireless Display app has been available to testers for months under various different names, but it’s now officially released for all Xbox One owners. The Wireless Display app was previously dubbed Connect on Windows, and it started as an app for the Surface Hub. Microsoft enabled mouse, keyboard, touch, and stylus support through the same app to connect back and control the projecting PC, and it’s now added controller support for the Xbox version. While Microsoft has been working on streaming PC games to the Xbox One for years, this seems to be the best method to play Steam titles on an Xbox One.

Unfortunately, the app doesn’t support keyboard and mouse input, so you won’t be able to stream PC games to an Xbox One and use traditional inputs for now. That could change, as Microsoft recently introduced Xbox One keyboard and mouse support late last year for a number of games. For now, this is the best way to play any PC games on an Xbox One. 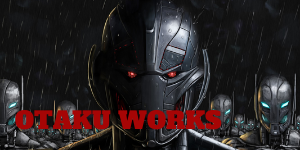 This episode features the return of Suzume and Saren from episode four—and is the weakest episode in the series besides that one.

Well, I figured it was coming. It's never a good sign when a prominent character in the early episodes doesn't get so much as a still-frame in the opening.

This Week in Anime - Is City Hunter: Shinjuku Private Eyes Worth Watching?
2 June 2020

Ryo Saeba is back with guns blazing to introduce all the new kids to his City Hunter charms, but is the latest installment in the decades old franchise bringing anything new to table? Nick and Micchy discuss what works well and what should have stayed buried in the tech bubble.

Eunyong Choi: Science SARU Works on 'Another TV Show With Another Director'
2 June 2020

Sayaka opens this week's episode with a clear articulation of one of Gleipnir's running themes: the thin line between humanity and monstrosity.

Andrew Osmond has the lowdown on the virtual convention and brand-new insights into Keep Your Hands Off Eizouken and BEASTARS, including how the team pulled off that bedroom scene!

There's a slightly voyeuristic quality to much of this case. That may be too direct a word for what's going on, though, because there are many degrees of watching, or the idea of “watching,” that are present.

Metropolis moved to phase 2 of recovery plan on Monday

Theme park anticipates no delays due to COVID-19